Ophelia was born in 1965 in Cambridge. She has been a practicing artist since her first solo exhibition in 1986. 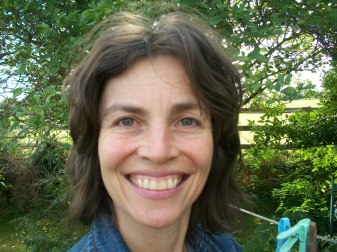 Initially an abstract painter, she moved towards a more figurative and surreal style early on in her career, which she has continued to develop in greater depth up to the present moment. Her inspirations derive from meanings, moods and phrases, often with an off-beat or humorous resonance, in both literature and music.  She also listens carefully to what people say, in case there are nuggets of a story there to record with her brush.

She has been lucky to have an artistic background.   Her mother’s parents, Leonard Campbell-Taylor and Brenda Moore were both artists whose works continue to inspire her.  Her mother, a musician, and her father, a Shakespeare scholar, also gave her plenty to think about.

Passionate about the wildlife of Madagascar, Ophelia has written and illustrated a children’s picture book “The Lemur’s Tale”, which was nominated for the Kate Greenaway Medal.

She has also recently brought out a coffee-table book for adults, “An ABC of Cambridge Professors”, with illustrations and captions that playfully describe the phenomenon of academia.

She has a gorgeous 9 year old daughter, Sally who loves to paint and sing.